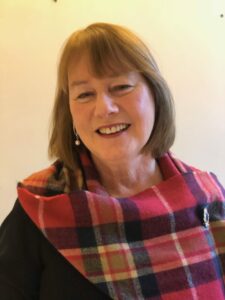 Availability: Weekdays and weekends both during the day and in the evening

Holiday: Nothing fixed at present

My favourite spot in Edinburgh is Calton Hill: 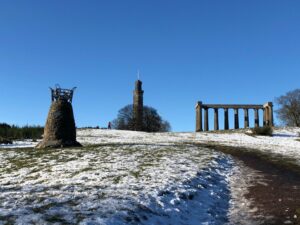 Calton Hill is in central Edinburgh, Scotland, situated beyond the east end of the city centre

and included in the city’s UNESCO World Heritage Site. It’s a fairly gently climb (via steps) to a breath-taking panoramic view of Edinburgh.

Calton Hill is not far from where I live so, when I feel like it, I can escape up there and enjoy its eclectic assortment of architecture and its dramatic perspectives and breathe in the wholesome air.

It’s a place where I can see the major landmarks of the city I love: Arthur’s Seat with the Crags behind Holyrood Palace and the Parliament, Leith and the Firth of Forth, Princes Street in its New Town grid and the Royal Mile climbing up towards the Castle.

Calton Hill is also famous for its collection of historic monuments, which form some of the most important landmarks of the City. One of the most striking is the National Monument, inspired by the Parthenon in Athens – one of the reasons Edinburgh is called the ‘Athens of the North’. The monument was never completed, leaving just the twelve columns you see in the photo.

Also, on the hill is the Nelson Monument shaped like an up-turned telescope. Completed in 1816 the monument commemorates the death of Admiral Lord Nelson at the Battle of Trafalgar in 1805. However, in 1852 a Time Ball was added to the top to enable ships moored in the Firth of Forth to set their time-pieces accurately. To this day the ball still drops at one o’clock, six days a week in conjunction with the one o’clock cannon fired from Edinburgh Castle.

The City Observatory is also located here dating from 1818 and designed in the style of a Greek temple as is The Collective, an Art Gallery, housing contemporary art exhibitions. And now there is a fantastic restaurant, The Lookout which does just that – ’looks out’ over Edinburgh. This restaurant’s boast is not just great views over the city but also fine seasonal Scottish cuisine. You can enjoy breakfast, lunch or dinner in the restaurant after spending time walking on the hill.

Calton Hill is a favourite spot with locals for Firework Festivals at New Year and as part of the August festival events which take place in Edinburgh. The last day of April also sees the Beltane Fire Festival reviving an old Celtic tradition.

However, what I probably like best about Calton Hill is that its original intent to provide land and space for Edinburgh citizens to exercise and enjoy stunning views is still true today. Now not only the Edinburgh locals but guests from other countries and continents can come to the spot and marvel at the jewel of a city that is Edinburgh.

The Witchery, Castle Esplanade Edinburgh – this is the place I love taking visitors – a glorious Gothic restaurant complete with tapestries and drapes which has a wonderful a la carte menu in the evening and very reasonably-priced set lunch. Great Scottish cuisine – over dinner or lunch I’ll tell you why it’s called ‘The Witchery’.

The Tail End, St. Andrews – if you’re looking for great Scottish traditional fish and chips, perhaps after spending a day exploring St. Andrews, this is THE ‘plaice’. Their fish counter has a colourful, well-stocked array of fresh and smoked fish which you can purchase to take home.

Gamba, Glasgow – This is the Glasgow destination for fresh, expertly prepared fish and seafood which I discovered when attending ‘Celtic Connections’ an annual music festival held in January. It’s definitely on my ‘favourite restaurant’ list – I just need an excuse to go to Glasgow so I can eat there!