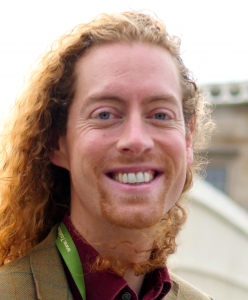 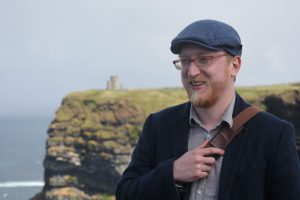 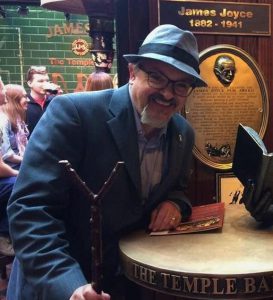 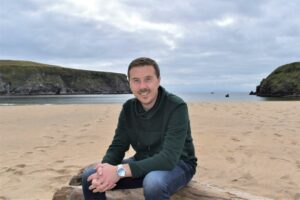 More about Jamie
Book an Event in Ireland

Potatoes, served with deep-fried strips of potatoes and a small portion of thin slivers or crisps of potatoes” – Such is the variety of the Irish cuisine. Of course, this is nothing but Blarney. Historically, what Ireland lacked in variety (potatoes only becoming popular at the start of the 1800s), due to its isolation, it made up for in quality.

Due to the frequent light rain, mild winters and cool summers, Ireland has arguably the best climate for dairy farming in the world. The Irish people, having endured chronic broken promises of summer coming, feel that they, more than anyone, deserve to claim the accolade of having the best beef and dairy in the world.

The most commonly found dish in the Irish pub is Irish Stew. Irish Stew is a great winter-warmer involving root vegetables like carrots, turnips and potatoes, with barley and traditionally mutton or lamb. More recently beef has become more common due it’s higher popularity compared to lamb. Over the last few decades, Guinness has been added to the recipe to make the dish’s flavour more complex. 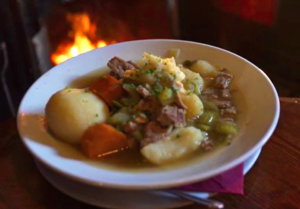 The word ‘bacon’ means different things to different people. But if just remember that bacon refers to salted or, in some way, preserved pork, then we’ll be on the same page. Or really book. For there are many ‘pages’. In Ireland a ‘rasher’ is what Americans would call a ‘slice of bacon’, except that the Irish version is 90% or more meat versus fat. As for what the Irish call ‘bacon’, it’s a salted ham. In fact, such a common dish it was in Ireland that, the Irish immigrants to the US were so disappointed at not being able to buy such pork products in their neighbourhood deli (any guesses why?), that the delicasstenen started offering ‘corned beef’, which you must admit looks similar. And so ‘corned beef and cabbage’ became the Irish-American dish, whereas we in Ireland still and the original, and best 😉 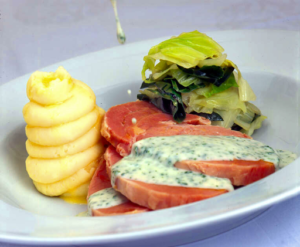 There are so many heated debates about what comprises an Irish breakfast that there are few things the Irish will agree on – except that it’s most certainly NOT an English breakfast, even though it’s likely it’s just an English breakfast – ah yes, but with better quality ingredients, we’d say! Sausages (at least 80% pork), rashers (remember?), white & black puddings (similar to a sausage, comprising pork, cereals and, in the black version, sheep/pig’s blood powder), some form of egg, a grilled tomato, fried mushrooms and lovely buttery toast, all served with great Irish black tea – don’t even think of having coffee with it! Some people like it with fried bread, or soda farls, or potato farls or potato bread, but not actual potatoes/wedges/chips/fries. Some people (or monsters) ruin it with a ladle-full of beans. 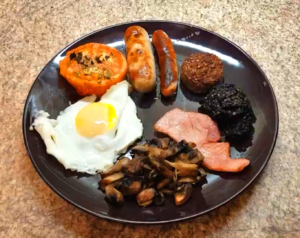